As discussed in the previous post, The After Party (2004) is one of the films chosen for Show Me Justice Film Festival 2012.  In this post, we are going to give you brief information about some other films that are shown at the Festival 2012 and 2011.

First we have Corporate FM, Difficult Love, A.L.F at SMJFF 2012.

Corporate FM, a 72 minute long feature film directed by Kansas City-based Director Kevin McKinney. This film explores the shift from local to conglomerate radio and what happens when a city loses its communal microphone.  This film won the Audience Favorite Award in the 2012 festival.  Let’s take a look at its trailer:

Difficult Love, a 50 minute long documentary film is directed by Peter Goldsmid & Zanele Muhoi.  Through internationally celebrated photographer Muholi’s lens, this documentary offers a moving answer to the question of how real the freedoms of newly won democracy for Black, South African gays and lesbians are, as well as offering a compelling plea for understanding and tolerance. Here’s the interview with Artist and Activist Zalene Muholi: 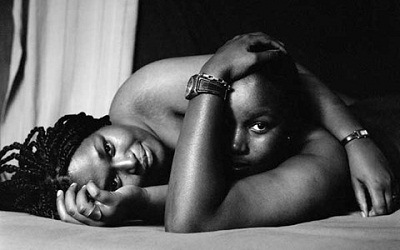 Bonded by empathy toward mistreated animals, a diverse group of ordinary people face the dilemma that when something has gone beyond the bounds of reason, you must forget about what is legal and care about what seems right.  This narrative thriller explores the role of loyalty and betrayal in pursuit of one’s beliefs.

Next, we have Cultures of Resistance, The Forgotten Bomb, Ash, Vegucated, and In Your Hands which are shown in SMJFF 2011.

In 2003, on the eve of the Iraq war, filmmaker Iara Lee embarked on a journey to better understand a world increasingly embroiled in conflict and, as she saw it, heading for self-destruction.

When the Cold War ended, worry about nuclear weapons receded.  But has the nuclear threat really diminished? In a globe-trotting journey through various perspectives on nuclear weapons, Bud Ryan takes us from the Peace Museums of Hiroshima and Nagasaki, to the ‘Nuclear Science’ museums of the United States; to New Mexico, the place that birthed (and still cares for) the atomic bomb and where Ryan now lives.

Ash: a narrative film which is 98 minutes long from USA, directed by Tom Geraty.

Dan McBurney is an ex-cop and devoted family man hiding a dark and painful. When he learns that a child-abductor lives in the house across from his storage facility, Dan’s haunted past begins to open, vigilantism begins to take hold, and his world unravels.

In Your Hands: a 59 minute documentary directed by Jane Pittman.

This film takes the viewer on a personal journey with Kim, a 25 year old white female, and Xavier, a 29 year old black man, as they struggle with their new found freedom from prison.

Watch In Your Hands Trailer 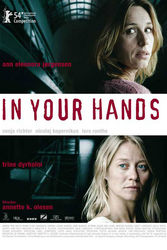 Posted on October 16, 2013, in Uncategorized. Bookmark the permalink. Leave a comment.