← Poverty and the Little Ones
SOCIAL JUSTICE →

All Social Justice Issues Depend on Broadcasting.

A lot of hype has been pitched about the equalizing nature of the internet. HYPE! Huge numbers of people do not go flocking to the same web sites unless they are prompted to do so by mainstream media. In Egypt, Al Jazeera TV featured twitter feeds of Egyptian protesters. The reductionistic media dubbed it “The Twitter Revolution”. If Al Jazeera had not been there to show us the faces of the women and men; the crowds would have been smaller and the twitter feeds would have not grown as quickly.

Broadcasting is just that. A broad cast of data across a broad swath of local population. Critical masses are built this way. The internet is the supporting material. Broadcasting has the power to start social movements and incite riots. Some films that show this well are MOTHER NIGHT (1996) with Nick Nolte and the Academy Award nominated HOTEL RWANDA (2004) which strangely also stars Nick Nolte. Both films show the power of radio to create public opinion. 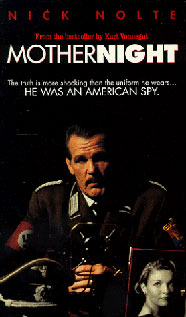 I was inspired, in part, by these films to make the documentary CORPORATE FM (2012) which reveals how financial firms have gutted the medium of radio and fired the very reporters who once reported on high finance. Did Wall Street do this on purpose? It is very clear that they benefit from these tactics. The biggest threat to broadcasting, and the democracy it sustains, are the financial tricks that Wall Street plays to consolidate more broadcasting companies. Entire newsrooms are folded while the owners reap huge rewards.

Broadcast consolidation cuts the amount of diverse and independent content on TV. We filmmakers, still make movies, but the gate-keepers are fewer. That’s why I’m thankful for the SMJFF. The films you see here are little glimpses into the deeper world of meaning that most of broadcasting has abandoned. The awards that the SMJFF bestow, help open doors to a wider audience. Till, competition and diversity return to the nation’s airwaves, I look towards sources like SMJFF to help connect me to the wider world. See you there.

Kevin McKinney is a filmmaker living and working in Kansas City.

← Poverty and the Little Ones
SOCIAL JUSTICE →