Lauren Koske is a senior student at the University of Central Missouri in Warrensburg, Missouri, studying towards her Bachelors of Science in Digital Media Production. She has a passion for all things audio, video, and digital journalism.

Student Activism in a College Setting – Then and Now

Levels of student activism on college campuses definitely shift from generation to generation. These levels of activism that often take place in the form of:

These forms of activism are ignited by:

This past week, I had the unique experience of being present during a student-led protest, one that occurred right here on campus. Right now, all around the nation, concerned citizens are taking part in political protests in response to the recent election results. The most common protest I have seen would be the “Not My President” or “Fuck Trump” protests in response to the dissatisfaction with America’s new president-elect, Donald J. Trump.

While there, I witness more anger and frustration then I had ever seen in my life. There were tears, screaming, fireworks shot of in the middle of crowds, truck driving into crowds of people flooding the streets and parking lots. To stay unbiased, I will not say which group performed which acts, because there were protestors there from two sides of the political spectrum.

Despite political affiliation, I felt somehow honored to be there, in a place undergoing such a movement with individuals so incredibly passionate about what they think is right, and what they think is true justice. While contemplating the events that occurred that night, I did as I previously expressed feel inspired, but I also left pondering. Did the event that I just left truly accomplish anything? Did we mend bridges, take proactive steps to reach out to community members in leadership, or did we display leadership ourselves.

We live in a nation that is proud to support freedom and expression in all forms, but we must use these rights to unite and come together for the common good, not just our own.

In honor of those uniting and standing up for what they believe in, I have put together a photo list of student protests throughout the decades, showing our (continuing) progression as a nation: 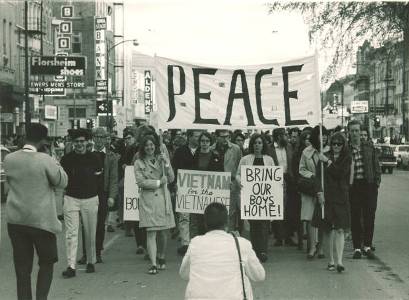 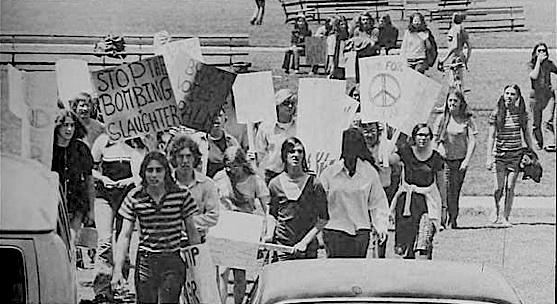 Posted on November 12, 2016, in Uncategorized. Bookmark the permalink. Leave a comment.