Andrew Popp is a senior at the University of Central Missouri, and is a Digital Media Production major with an emphasis in Live Studio and Remote Production. He plans to graduate in May 2018 and wants to have a career after college in the Sports Production field. His dream job would be working for a professional sport team or sports television channel like Fox Sports or NBC.

This past year the USA women’s national soccer team filed a lawsuit against the US Soccer Federation demanding they are paid the same as the US men’s national team. Statistics and facts show that even top women players in the US are paid between 28% and 62% less than men, depending on the kind of match (money.cnn.com). Most of this story caught fire during the summer of 2016. The USWNT has been in every World Cup through 2015 and won a medal in each. Also, they have been in every Olympic tournament through 2016 and have won a medal in each except this past year. But they have won and brought home the gold in four out of the last six Olympic Games. 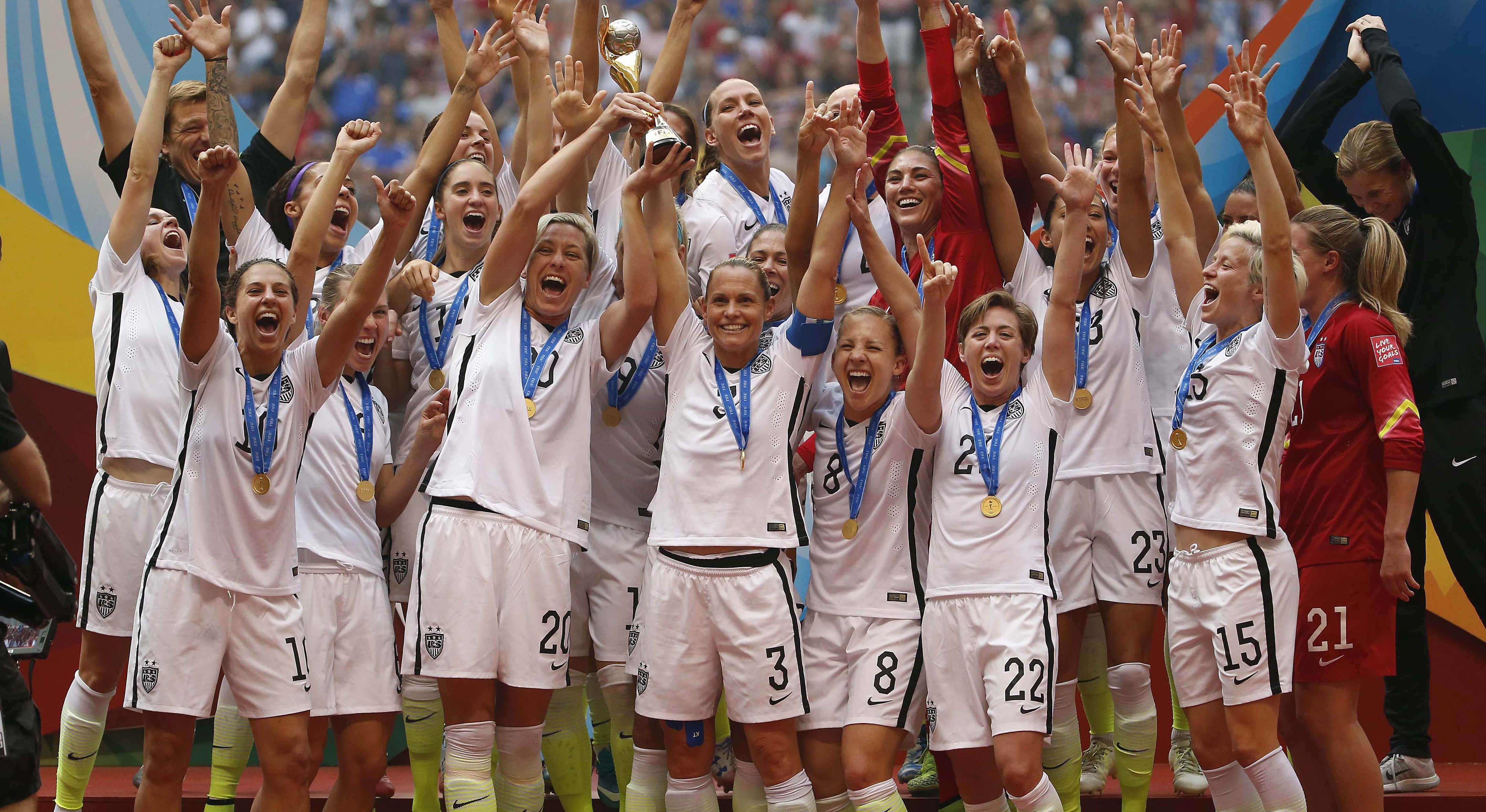 After laying out those quick facts you would think they would be paid more than the men. And when you look at the USMNT’s tournament track record it is not even close in comparison. Having only made it to the semi-finals in the World Cup once in their history the USWNT have more than enough proof to back up their fight. People have different arguments against the women’s national team’s fight, but, the facts speak for them self. The USWNT are the #1 rank women’s soccer team in the world, and have been for a while. The USMNT currently rank 28th in the world.

Today, they are still keeping up the fight and have gotten the agreement with the US Soccer Federation they were looking for. In April, both sides agreed to a new deal that will last through the 2021 season. “I am incredibly proud of this team and the commitment we have shown through this entire process,” said U.S. midfielder Megan Rapinoe in a joint statement released by the two sides. “While I think there is still much progress to be made for us and for women more broadly, I think the WNTPA should be very proud of this deal and feel empowered moving forward.”

The new CBA includes: A commitment from U.S. Soccer to pay the NWSL salaries for allocated players; a return commitment by the players to compete in the NWSL; a requirement for the improvement of NWSL standards; and the ability of the WNTPA to control group likeness rights for licensing and non-exclusive rights in sponsorship categories where U.S. Soccer does not have a sponsor (si.com).

The new CBA also provides: A significant increase in direct compensation and bonus compensation; enhanced “lifestyle” benefits for the players with respect to travel and hotels; per diems that are equal to those of the men’s team; and greater financial support for players who are pregnant and players adopting a child (si.com).

Posted on September 24, 2017, in Uncategorized. Bookmark the permalink. Leave a comment.