Justin Head is a senior at the University of Central Missouri majoring in Digital Media Production with an emphasis in audio. He is currently taking an interest in Radio Production, Audio for Digital Cinema, and also studio engineering. He enjoys going to concerts with friends, listening to new music, and traveling across the country.

When asked about not standing for the national anthem, Kaepernick said “I am not going to stand up to show pride in a flag for a country that oppresses black people and people of color. To me, this is bigger than football and it would be selfish on my part to look the other way. There are bodies in the street and people getting paid leave and getting away with murder.” These are strong words coming from Kaepernick and while many applauded him for having the guts to take a knee during the National anthem, others such as the president of the United States despised it.

President trump went at Kaepernick by telling Fox News “I watched Colin Kaepernick, and thought it was terrible, and then it got bigger and bigger and started mushrooming, and frankly the NFL should have suspended him for one game, and he would have never done it again. They could have then suspended him for two games, and they could have suspended him if he did it a third time, for the season, and you would never have had a problem. But I will tell you, you cannot disrespect our country, our flag, our anthem – you cannot do that”. 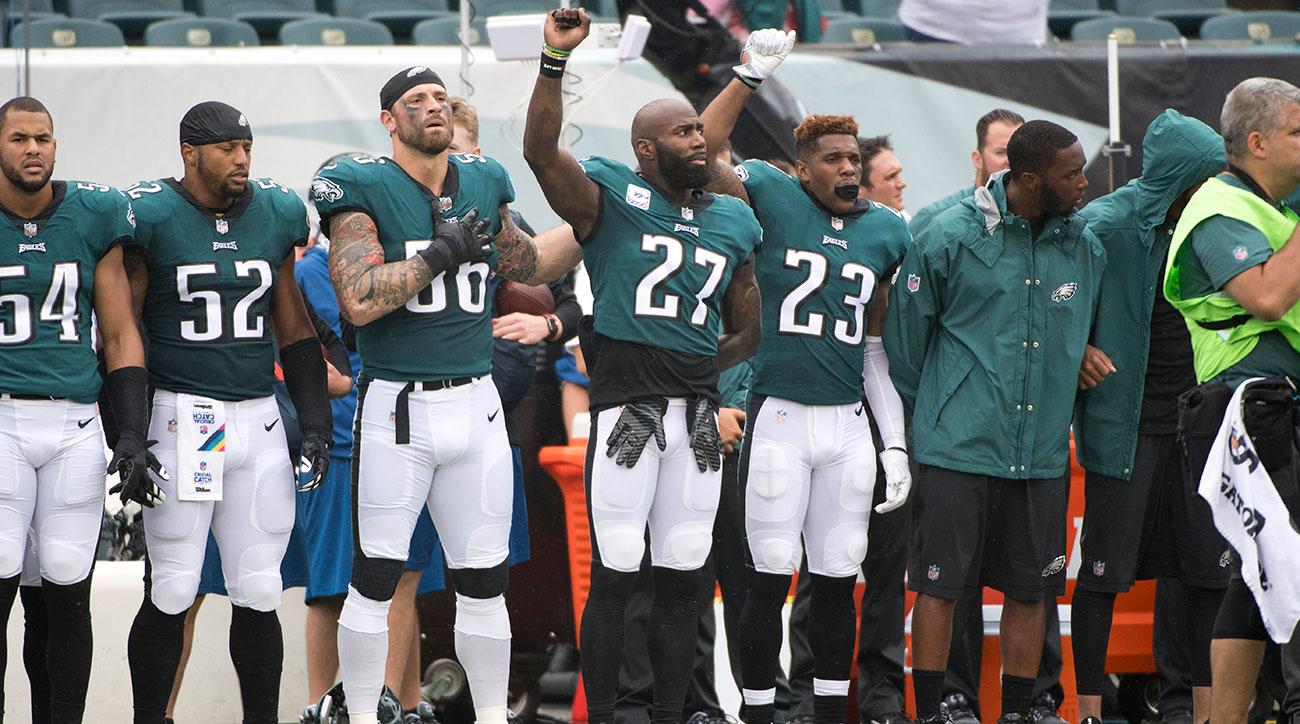 Kaepernick took a team to the super bowl and clearly has the talent to be on any NFL roster. Since he was the first to protest, teams do not want to sign him because of the media attention that he will bring, and also owners are telling their staff not to sign him. You can’t find an NFL analyst that says that Kaepernick doesn’t have the talent to be at least an NFL backup on all 32 NFL teams.

Many of the who took a knee for the anthem felt as if they wanted to get their messages across they would need a high profile white athlete to support their cause. One of the most popular athletes in the NFL, Aaron Rodgers of the Green Bay packers, stated that “I think he should be on a roster right now. I think because of his protests, he’s not. I don’t understand what it’s like to be in that situation. What it is to be pulled over, or profiled, or any number of issues that have happened, that Kaepernick was referencing – or any of my teammates have talked to me about. … But I know it’s a real thing my black teammates have to deal with”. Aaron Rodgers then went on to say that he will support his teammates who choose not to stand and this was a great step forward in order to create change. As of right now, Kaepernick still remains without a job in the NFL and has filed a collusion case against the NFL. 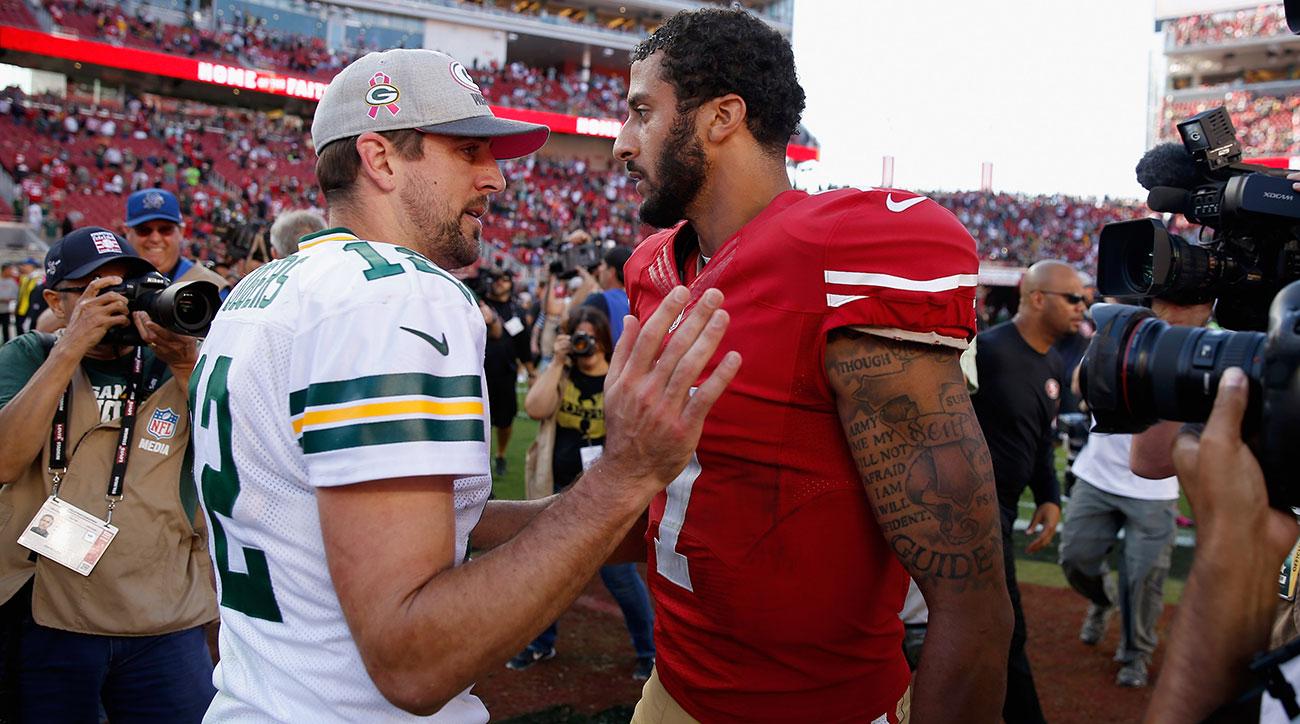 Do you think we’ll see Colin Kaepernick in the NFL again?

Posted on December 4, 2017, in Uncategorized. Bookmark the permalink. Leave a comment.