← Guest Blogger: Addressing the Issues in the film, “The Hate U Give”.
Guest Blogger-Mark Tanner-Game Over? Are toxic video game communities ruining video games image? → 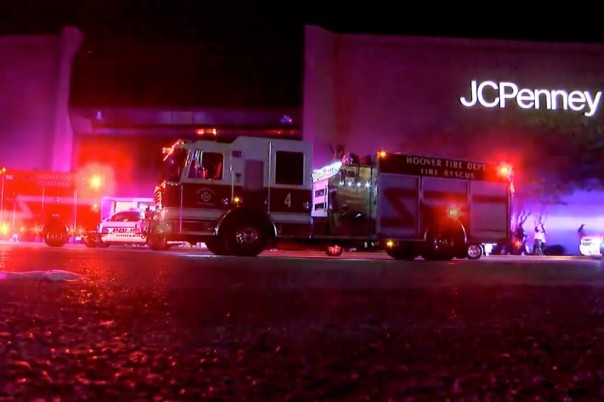 Quashaun Logan-Wilkins is a senior attending the University of Central Missouri studying Digital Media Production with a minor in Sports Communication. He love to play sports, play video games, hang out with friends and write poems. He will be graduating in Summer of 2019 with his Bachelor’s degree.

In today’s American society, the Second Amendment has been one of the controversial amendments under the U.S. Consitution. Today, citizens are losing loved ones to the acts of gun control and who can obtain a weapon with this amendment being their protection. From mass shootings to self protection, many are lost and the gun control in this world seems to not apply as every situation becomes more severe.

More recently an incident in a Alabama suburban mall occured which leaves the town of Hoover, Alabama questionable. After gunshots were fired in the shopping mall during Thanksgiving night, a man directed frantic shoppers to safety with his hand on his gun to defend against a looming threat. But when law enforcement had arrived to the scene, this African American was not seen as a hero in action, yet “a suspect brandishing a pistol” according to a police account. The officer decided to fire at him and the man, Emantic Fitzgerald Bradford Jr., died later from the scene.

Although Bradford was armed with a weapons at the scene of the crime, he was not the suspect the police has been searching for. The suspect that was actually taken into custody was 20 year old Erron Martez Dequan Brown in which he was charged with attempted murder on a 18 year old male who was shot during the melee. By the time the police have found the actually suspect, it was too late to make the correction to the mistake that was made. Bradford had not shot anyone at the scene of the crime but was a licensed gun owner in the crowded area of the mall.

There are two ways the situation was saw out for the 21 year old Bradford: Trying to protect and defend for those in danger or pose as a serious threat by wielding a gun during a moment of chaos. These two views on the scene were in the center of controversy over race, gun rights, and bias that had escalated in the predominantly white suburbs of the town and led to protest. This incident left a question on the table of a very popular slogan from Second Amendment enthusiast: ” The best way to stop a bad guy with a gun is a good guy with a gun.” As the African American race tries to protect themselves or others with a gun may not have so many benefits when in doubt of being in a heated situation.

This is a situation that is starting to become an uproar to the safety of those with color even when they have a licensed weapon in their possesion. This is becoming an issue as the world can seem to mishandle some of these situations. Lets compare this to the two most recent mass shooting of Las Vegas and at the High School in Florida. In both of those cases, neither suspect were in the right for what had happened and yet one killed themselves with another one walking away in handcuffs, but what about the man that was trying to protect other people and their lives that were at risk? With us being spectators, we will not be able to know what happened, but we can speak out on the epidemic of how debatable this controversy is becoming a huge problem to out society and can be handled in such a matter, yet nothing is to be change. What are you thoughts on this topic?

Posted on December 3, 2018, in Uncategorized. Bookmark the permalink. Leave a comment.

← Guest Blogger: Addressing the Issues in the film, “The Hate U Give”.
Guest Blogger-Mark Tanner-Game Over? Are toxic video game communities ruining video games image? →