Danielle Sachse is a senior at the University of Central Missouri.  She will be graduating in December with a degree in Digital Media Productions, Musical Theatre and a minor in Sports Communication.  She is currently the sideline reporter for Central Missouri Mules Football on 98.5 The Bar/1450 KOKO and Warrensburgradio.com.  Her passions are sports broadcasting and singing in the UCM Concert Choir conducted by Dr. Adam Zrust.

Today, America celebrates Christopher Columbus, otherwise known as, “Columbus Day.” But wait; Columbus is not being celebrated today, he is being put to shame. Another form of celebration is taking place today, “Indigenous Peoples’ Day.”

In an attempt to permanently replace “Columbus Day”, Washington D.C (and many other locations) have decided to celebrate the people that were native to this country, before they were erased off of the map. According to npr.org, “the D.C. Council voted to replace it with “Indigenous Peoples’ Day” in a temporary move that it hopes to make permanent.” 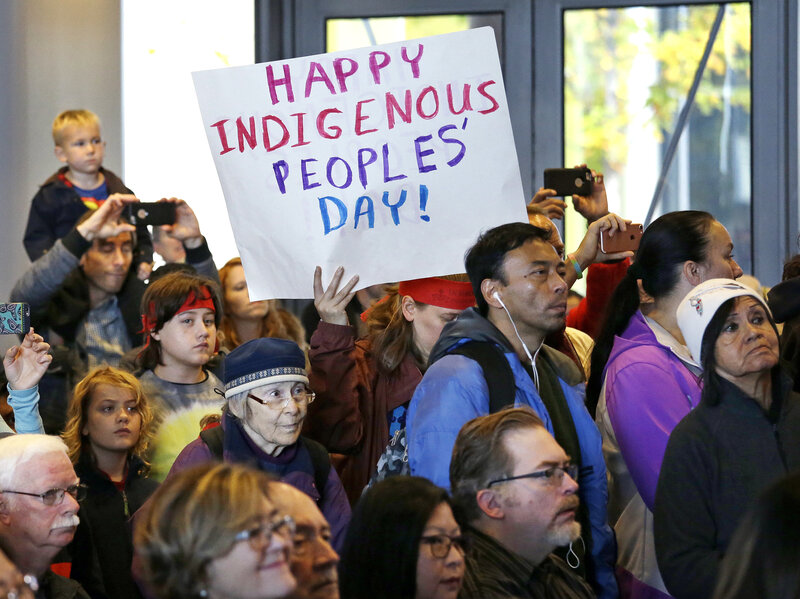 The day is to be recognized as a time not glorify people like Columbus who commit genocide, but to bring awareness, celebrate and acknowledge the Native people of this country.

Although this new day of celebration is bringing light to those who have lost so much, there is of course much backlash being received by this gradual change. To some, specifically Italians, “Columbus Day” is a time to celebrate Italian heritage and the contributions of Italian Americans to the United States. “For many Italian Americans, Columbus Day isn’t just about the man but about what the day represents: a people searching for safety and acceptance in their new home.” (NPR)

So far, at least 10 states now celebrate some type of version that is ” Indigenous Peoples’ Day” on the second Monday in October. Similar holidays celebrated on this day are “Hawaii’s Discoverers’ Day” and “South Dakota’s Native American’s Day”. Multiple college campuses have made the switch and 100 plus cities, towns and counties across the country have joined as well. (NPR)

While Native Americans are pained to hear the term “Columbus Day”, Italian Americans celebrate their freedom. How will you be celebrating?

Posted on October 15, 2019, in Uncategorized. Bookmark the permalink. Leave a comment.