It isn’t particularly groundbreaking for a white person to acknowledge the privilege that comes with being white. Peggy McIntosh wrote “Unpacking the Invisible Knapsack” in 1989, when I was two. Even so, I’d not really thought about my own privilege for most of my life. I’d heard of it, and I never challenged it existed. It made sense, given documented history, that challenges existed for people of color that just didn’t exist for white people – for me. But it wasn’t easy to see, and so I didn’t see it, especially when things were difficult for me in spite of the advantages I didn’t realize I had. 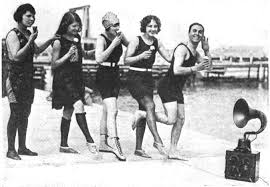 1989 was 30 years ago, and it’s important to acknowledge white privilege is still a privilege. I have never been stopped while walking into a friend’s residence because there’s been trouble in the past with robberies. I have never had to give a report to an on-duty police officer for having a barbecue at a lake. I’ve never had the police called on me because I was on a tour of a college campus. There’s never been a time I was watching someone’s kids and the police showed up to perform a wellness check. I have not once been asked why I’m in the United States while participating in a school meeting. I’ve never thought about driving an older, simpler vehicle than I can afford just to avoid getting pulled over.

I am able to tell my daughter that if she studies hard and works hard, she’ll have an opportunity to do anything she wants, and I don’t have to hope that by the time she wants to pursue her dreams in earnest, enough time will have passed that the invisible asterisk attached to that statement will have dropped off.

And after I’m done writing this, I will probably continue to take for granted what the color of my skin affords me, because I’ve never experienced anything else.

Posted on February 10, 2020, in Uncategorized. Bookmark the permalink. Leave a comment.